Earlier this year we saw Ziggy, a lovely Staffordshire Bull terrier cross, after she was referred to us here at Kentdale for physiotherapy with one of our Veterinary Physiotherapists, Genie. 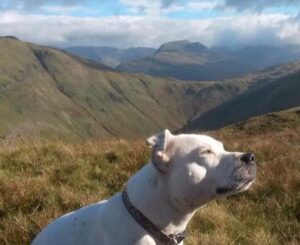 When Ziggy was 2 years old she presented with mild lameness in her left front limb and right hind limb. Radiographs indicated the presence of Osteoarthritis in her left shoulder and right hock joint. This resulted in her hock becoming enlarged and experiencing a reduction in range of motion, which was managed using chronic pain medication and, later on, hydrotherapy. In 2019, Ziggy had severe left hind limb lameness as a result of an accident playing with another dog. After a prescription of Metacam and period of rest, she slowly returned to bearing weight on the limb.

However, shortly after, Ziggy’s owner noticed that the tone and bulk in her hip and hind limb musculature had diminished, as well as her ability to keep up on the long walks she had previously enjoyed. Concerned about further joint dysfunction occurring, her owner proactively sought out options to help Ziggy cope with her Osteoarthritic joints and muscle wastage.

As a result, Ziggy attended her first session with Genie at Kentdale Referrals in February 2020. The findings from her initial assessment are summarised below:

Her physiotherapy sessions involved both dynamic and palpative reassessments. Treatment was determined accordingly; her chronic spasm was treated with deep tissue massage, myofascial release, class 4 laser therapy and photizo light therapy. A customised physiotherapy home plan was created for Ziggy and updated after each session to achieve the goal of improving her function. This plan consisted of rehabilitative exercises which were demonstrated to her owner to ensure correct implementation at home. Initially her home plan consisted of using heat therapy, massage, gentle passive stretches and controlled on-lead walking only, but once the lameness disappeared and her spasm was under control, her physiotherapy plan comprised of a combination of rehabilitative exercises and hydrotherapy. All treatment was carefully selected and progressed by Genie to challenge Ziggy on an individual basis.

These exercises improved her ability to bear weight and balance correctly, as well as allowing her to build superficial and deep muscle strength and endurance throughout her body. 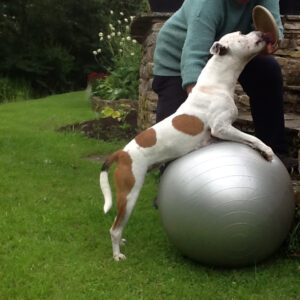 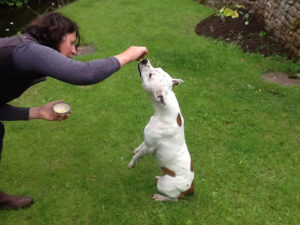 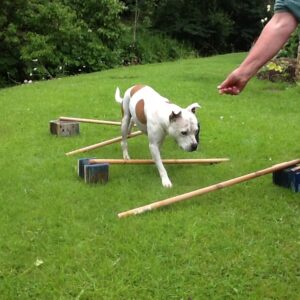 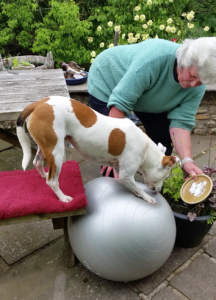 After several physio sessions and through the dedication of her owner, Ziggy successfully achieved her physiotherapeutic objectives. Her owner is thrilled with her increased energy levels and playfulness, as well as being able to happily return to swimming in lakes and frequently completing several miles of hiking with ease!