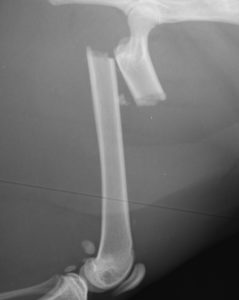 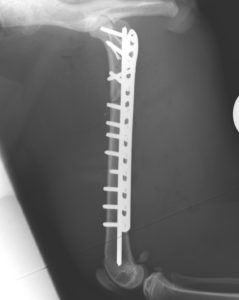 Jeff, a two-year-old Domestic Short Haired cat, was brought to Kentdale Referrals after being found in the yard, not being able to bear any weight on his left hind limb.

A radiograph revealed a break of his thigh bone (femur), suffered most likely, as a result of a traumatic event. The operation to fix the fracture was carried out, though this was a little more complicated due to the fact that the bone was broken into several fragments. Fortunately, our brilliant team was able to reduce the fracture and put it back in place with a pin, a plate and screws.

Jeff recovered very well and as you can see, was soon back to climbing trees, hunting and even riding!!! 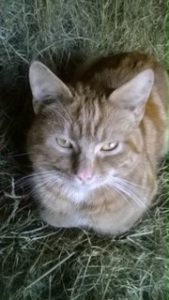 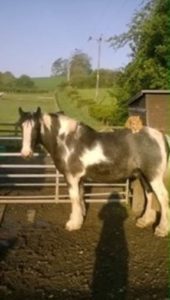