It was on a recent bank holiday during lockdown that we saw Harvey, a whippet who had experienced a sudden onset of severe weakness affecting all four legs.

His owners had noticed him stumbling on his forelimbs whilst eating an evening meal and within a few hours he was unable to stand – a condition that is referred to as non-ambulatory tetraparesis. When he was seen at Kentdale Referrals the following morning, his mobility had worsened as he was unable to sit up from lying on his side. 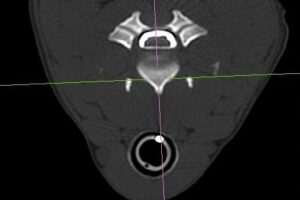 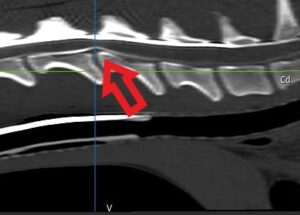 Following the surgery Harvey recovered extremely well and was trying to stand within a few days. Only four weeks later he was out walking (as you can see from the video below that his owner sent in).

His rapid recovery is in large part due to the tremendous nursing care and physiotherapy that Harvey received, both whilst hospitalised at Kentdale and from his owners after he was discharged. It is lovely to hear that he is back exercising again with his family and friends.